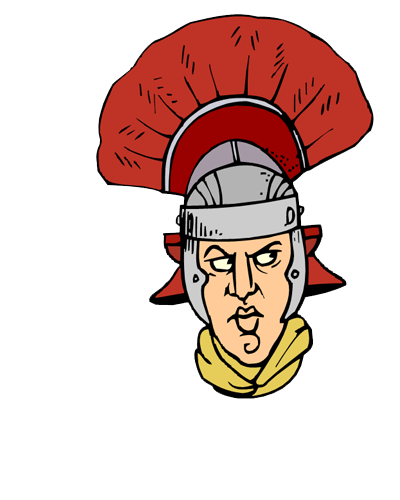 The following design is an effective way for all to have a Roman appearance.

Hold one sheet up against the person and fold the top down to shoulder height. Repeat for the back with the second sheet. Pin both together at the shoulder with safety pins or brooches, then tie around the waist with the belt or rope.

As above, except only pinning the sheets together at one shoulder. Fold down at the unpinned side.

In Ancient Rome, the older you were, the longer your tunic was. 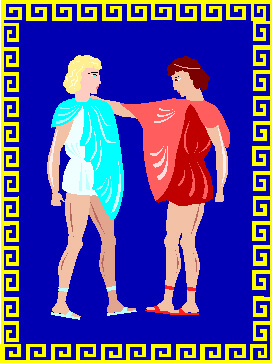 According to the Roman legend, Romulus was the founder of Rome and Remus was his twin brother. Their story begins when their grandfather Numitor, king of the ancient Italian city of Alba Longa, was deposed by his brother Amulius. Numitor’s daughter, Rhea Silvia, was made a Vestal Virgin by Amulius – this means that she was made a priestess of the goddess Vesta and forbidden to marry. Nevertheless, Mars, the god of war, fell in love with her and she gave birth to twin sons.

Amulius, fearing that the boys would grow up to overthrow him, had them placed in a trough and thrown into the River Tiber. At that time the river was in flood, and when the waters fell, the trough, still containing the two boys, came ashore. They were found by a she-wolf who, instead of killing them, looked after them and fed them with her milk. A woodpecker also brought them food, for the woodpecker, like the wolf, was sacred to Mars.

Later the twins where found by Faustulus, the king’s shepherd. He took them home to his wife and the two adopted them, calling them Romulus and Remus. They grew up as bold and strong young men, leading a warlike band of shepherds.

One day Remus was captured and brought before Numitor for punishment. Numitor noticing how unlike a shepherd’s son he was, questioned him and before long realised who he was. Romulus and Remus then rose against Amulius, killed him and restored the kingdom to their grandfather.

Deciding to found a town of their own, Romulus and Remus chose the place where the she-wolf had nursed them. Romulus began to build walls on the Palatine Hill, but Remus jeered at them because they were so low. He leaped over them to prove this, and Romulus in anger killed him.

Romulus continued the building of the new city, naming it Roma (Rome) after his own name. Its first citizens were outlaws and fugitives, to whom Romulus gave the settlement on the Capitoline Hill. There were however not enough wives for all these men, and so Romulus decided to steal women from the Sabines, an Italian tribe. He proclaimed a festival and invited many Sabines to it. While the attention of the men was elsewhere Romulus’ men rushed in and carried off the women.

The Sabine man where furious and, led by their king Titus Tatius, made war on Romulus. When the fighting had reached its peak the Sabine women, who had grown fond of their Roman husbands, rushed between the ranks and begged both sides to make peace. So the battle was stopped, Romulus and Titus Tatius ruled together over the two peoples until Titus Tatius was killed in battle.

For the rest of his life Romulus ruled alone, proving himself a great leader in peace and war. He did not die but disappeared one day in a violent storm. The Romans believing he had been taken up to heaven, worshipped him under the name of Quirinus.

It seems unlikely that any part of this legend is true. Almost certainly it is a copy of a Greek tale, invented to explain the name of Rome and certain customs. For instance Roman brides were taken from their families on their wedding days with pretence of force, and this probably accounts for the story of the Sabine women. 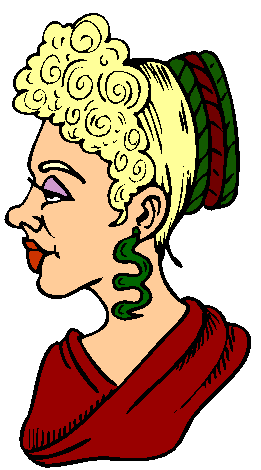